The President of the French Republic traveled to Abu Dhabi on 2-3 December for the Conference on Safeguarding Endangered Cultural Heritage which he closed along with Crown Prince Mohammed bin Zayed.

This conference is the result of a joint French-United Arab Emirates initiative which has been in preparation for over three years. It is the cultural aspect of the fight already being waged against terrorism militarily and politically. The President of the French Republic has thus made safeguarding heritage one of the main themes of French cultural diplomacy since February 2013, when he visited Mali with the Director-General of UNESCO, Ms Irina Bokova.

The Abu Dhabi conference, the principle of which was presented at the Ise-Shima G7 Summit in Japan last May, was prepared in conjunction with the personal representatives of both Heads of State, Jack Lang, President of the Institut du monde arabe (Arab World Institute), and Mohamed Al Mubarak, Chairman of Abu Dhabi Tourism and Culture Authority. This conference marks both the culmination, so that concrete commitments can be made, and the starting point of a process which will continue into the first half of 2017, with the adoption of a framework resolution at the United Nations Security Council.

The conference will help to put in place new tools to safeguard heritage under threat from terrorism and armed conflict, with: a political statement which commits the 40 participating States to create an international fund open to public and private contributions and an international network of safe havens for endangered cultural property.

This event demonstrates the importance of cultural events to the French-UAE relationship. The Louvre Abu Dhabi is the strongest symbol of this. The President of the Republic visited the building along with architect Jean Nouvel. The Louvre Abu Dhabi is the first universal museum in the Arab World which will be open to the public in the months ahead. 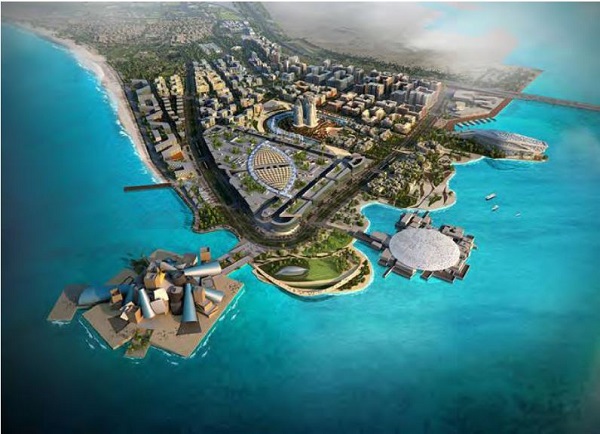