[VIDEO] The Battle of Vimy Ridge, Canada’s most celebrated military victory: two BC students will commemorate in France [fr] 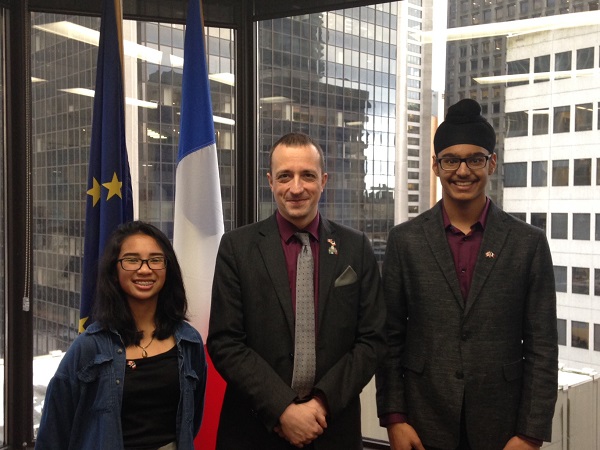 The battle of Vimy

BC’s grade 10 student Hazel Pangilinan and grade 9 student Abhayjeet Singh Sachal are two of the seventeen Canadian students who won the Vimy Foundation Awards. They will take part of a trip to France next April to attend the commemoration of the Battle of the Vimy Ridge’s 100th anniversary on the 9th. This award, under the Vimy Pilgrimage program, recognizes the actions of young people who demonstrate outstanding service, positive contributions and leadership in their communities. « I chose to take initiative purely by my love and passion for my home and community.” Hazel Pangilinan.

Watch Consul General Jean-Christophe Fleury exchange with Hazel and Abhay about the significance of the battle of Vimy for them, their expectations about that trip and what they plan on doing upon their return.

The Vimy memorial in Canada is in Saskatoon, Saskatchewan.

The Juno Beach Centre in Normandy.

If you wish to attend the celebration in France on April 9th, register online before February 28th on veterans.gc.ca.