Human rights: a priority for France’s foreign policy. French Ambassador at Large for Human Rights, François Croquette, and the Consulate General of France in Vancouver, took part in the Vancouver Pride Parade on August 5th. A delegation of ten of the Consulate General corps also showed support to this important cause. 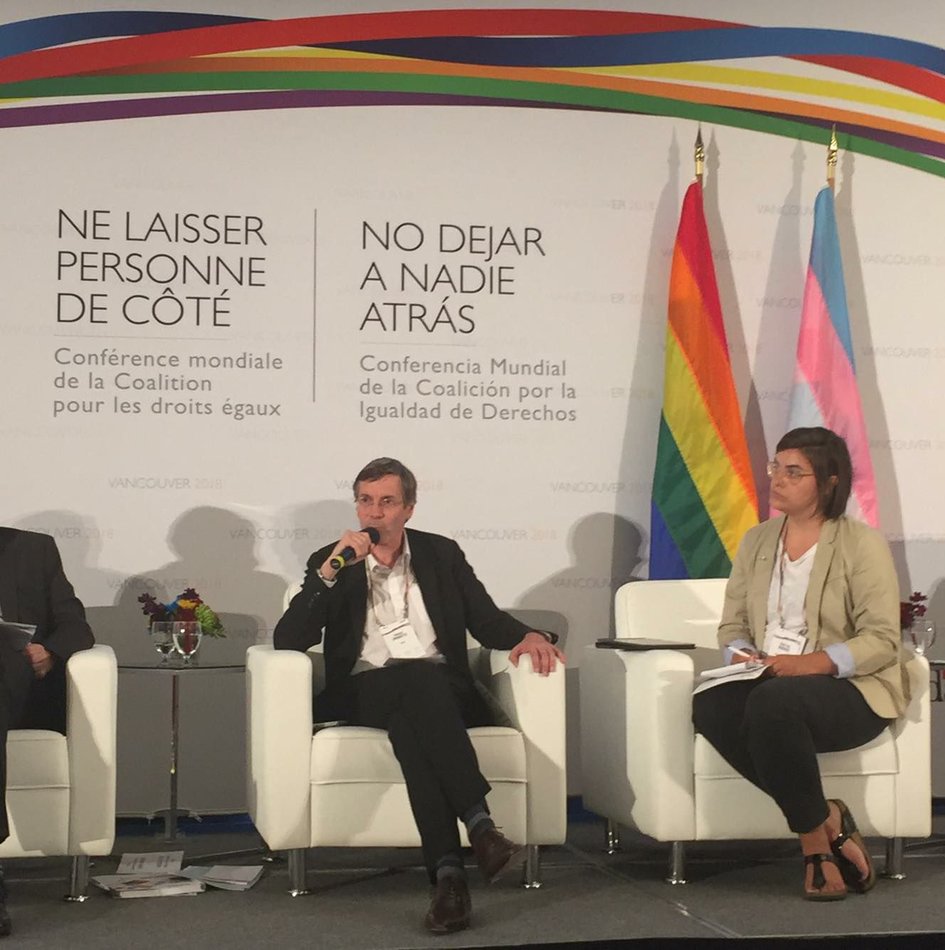 «This coalition is of utmost importance and France will be an integral part of it » François Croquette, Ambassador at Large for Human Rights

The Ambassador also attended the Equal Rights Coalition Global Conference organized by Canada on the issue of "leaving no one behind", from August 5th to the 7th in Vancouver. This conference is the only global conference of its kind in which states, development cooperation agencies, civil society and organizations come together with a shared commitment to improve LGBTI conditions and inclusion.

One of the key points raised at the conference is the lack of financial commitments available to NGOs and the civil society. In this respect, France has committed to a dedicated fund of 300,000 euros, the Fonds français pour les Droits de l’Homme.

The Ambassador also took part in a break-out session dedicated to the Francophone LGBTIs. The creation of a dedicated network is in the works, initiated by the Montréal International and civil society actors.

For more information on the Ambassador’s actions and France’s commitments to the protection of Human Rights, visit diplomatie.gouv.fr

To learn more about the Fund, visit Expertise France.

The acronym LGBTI is intended to represent lesbian, gay, bisexual, transgender and intersex people around the world.

In Canada, the acronym is LGBTQ2, a reference to the First Nations individuals who identify as "2-spirited".