Following a first visit in September 2015 where he gave a series of conferences on rock art, renowned paleontologist Jean-Michel Geneste, Director of Scientific Studies at the Chauvet Cave in France, made a return to British Columbia.

M. Geneste first presented his latest documentary at the DOXA documentary film festival. The Last Passage was shot entirely in 3D inside the Chauvet-Pont d’Arc, now closed to the public.

This year’s searches were made in collaboration with Canadian scientists and First Nations representatives on the Similkameen territory. Mr. Jean-Jacques Delannoy, geomorphology specialist at the University of Savoie was also part of the research team. The latter gave a conference on his work on May 31st at the Museum of Anthropology in Vancouver, BC.

At the end of their stay, M. Geneste was the keynote speaker at a conference on Rock Art, taking place in Lytton, BC on May 28th, 2016, where Mr. Delannoy also attended to co-present their work. French Ministry of Culture’s Genevieve Picon will also be present.

With the support of the Museum of Anthropology, and organised by the Nlaka’Pamux Tribal Council, 17 specialists on rock art studies spoke about their research on various aspects of rock art. Participants were to learn about the latest international and local research on pictographs (rock paintings) and petroglyphs (rock carvings).

The speakers program was as follows: 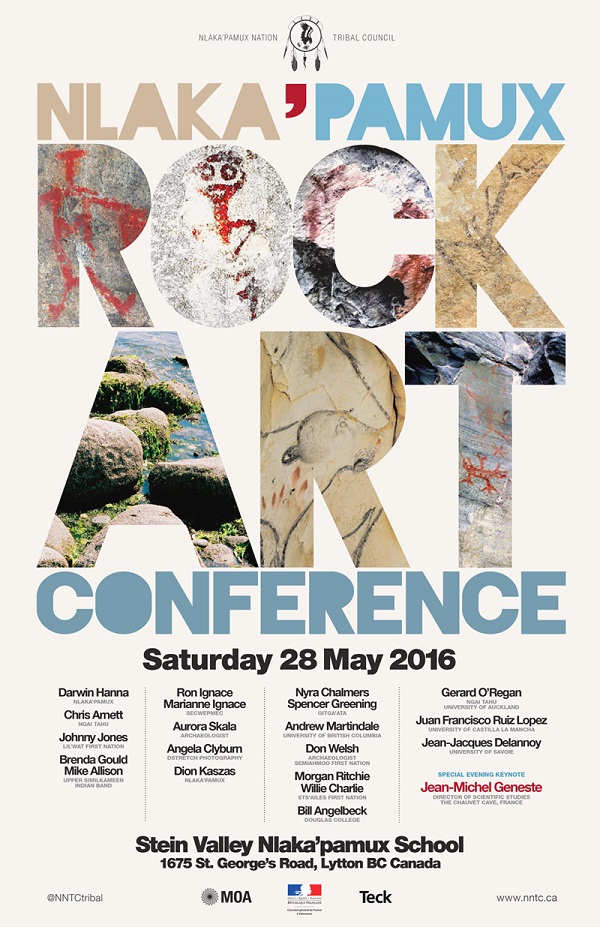