Over 50% of the world’s citizens and more than 80% of Canadians live in urban environments. Globally, cities are growing rapidly and municipal governments are being challenged to adapt to changing demands for energy, infrastructure, and space. As providers of energy services to the majority of the world’s population, cities are uniquely positioned to accelerate the transition to energy efficiency and renewable energy. The goal of expanding renewable energy uptake is intertwined with other objectives in increasing efficiency and enhancing livability.

Renewable Cities aims to accelerate the adoption of 100% renewable energy within cities globally and recognizes that an integrated approach to energy efficiency and urban design is required. It is a five-year program that has been co-designed with leaders in local government, the private sector, key innovators and thought leaders, and utilities.

Participants had access to small group capacity building sessions that were expertly facilitated as well as panel discussions. Ronan Dantec has been invited as one of the speakers. 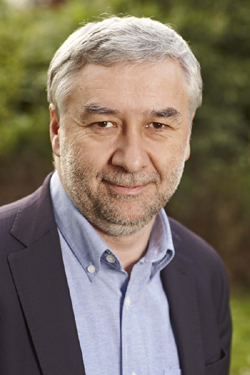 Elected to the French Senate for the Loire-Atlantique region in September 2011, Ronan Dantec is Vice President of the Sustainable Development, Infrastructures, Utilities and Land Planning Commission. Furthermore, Ronan Dantec is the spokesman for the international organization ’United Cities and Local Governments’ (UCLG) in the international negotiations on climate, President of the climate working group of the network of European cities Eurocities, and President of the environmental commission of French Association of the Council of European Municipalities and Regions (AFCCRE).

He was in charge of a parliamentary mission on the role of local and regional authorities in climate negotiations to prepare for the upcoming Paris Climat 2015 Summit, which was presented in September 2013. Vice President of Nantes Metropole, in charge of the climate plan from 2001 to 2011, he actively supported the dossier « Nantes, 2013 Green Capital of Europe ».