New opportunities for BC students to learn French [fr] 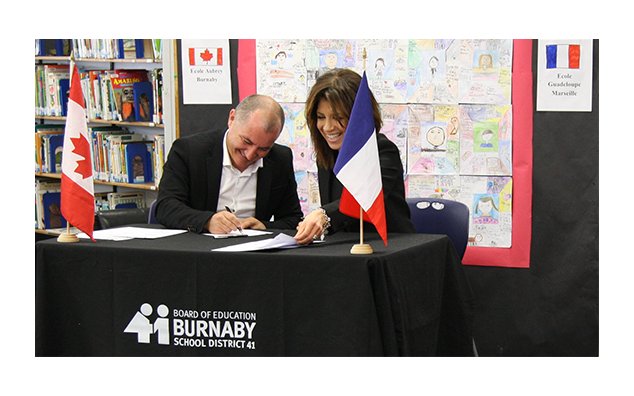 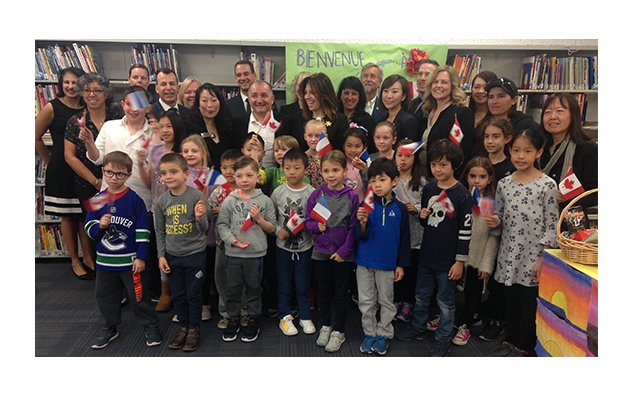 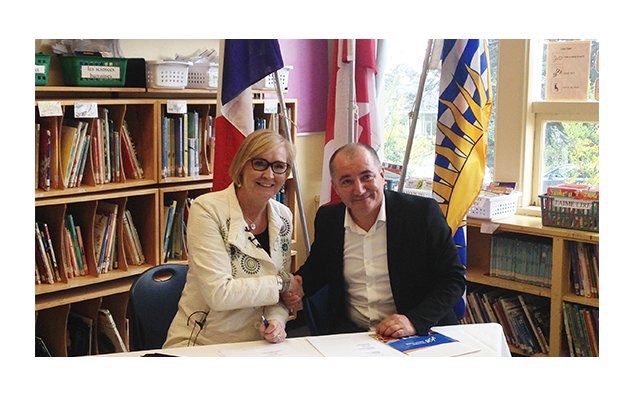 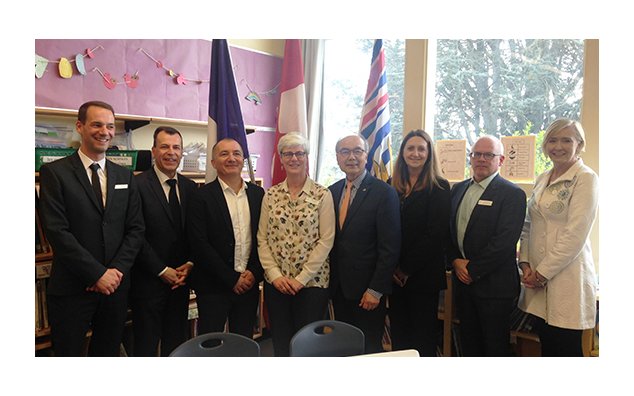 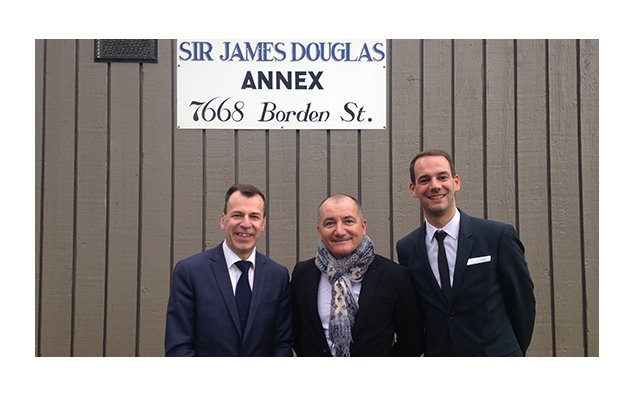 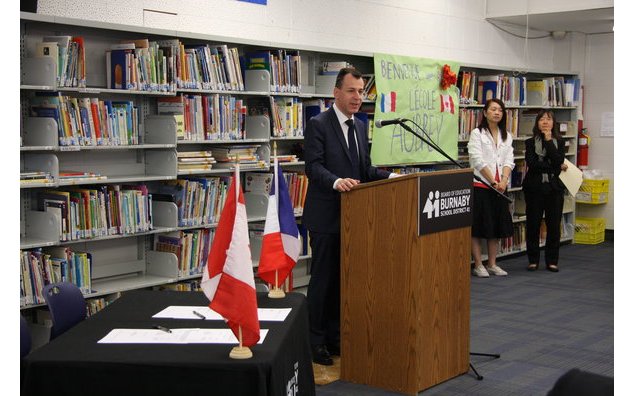 "We are very happy for this new education agreement, this time between France’s Aix-Marseille/Nice with Burnaby and Vancouver school districts. This will facilitate and encourage projects between French and Canadian students. Enabling cultures to meet and multiculturalism-at-large are at the heart of the French-language community. We are also looking forward to seeing more teachers and pedagogical frameworks as it will multiply exchange opportunities and in turn, find solutions to the lack of French teachers in BC. "

Accompanied by Consul General, Philippe Sutter, and the Education cooperation attaché, Xavier Mocquet, Mr Gargot visited two schools where he was welcomed by teachers and school executives, along personalities, including political, such as Burnaby MLA Katrina Chen and Vancouver-Frasier MLA George Chow, Minister of State for Trade.

These agreements follows eight other partnerships made with B.C. school districts and French académies (the equivalent of unified B.C.’s school districts) to develop joint initiatives. Letters of intentions were signed between France’s and BC’s Ministries of Education in May 2016 and renewed in April 2018 during Minister of Education, Rob Fleming, visit to Paris.

“We’ve taken major steps to meet the growing demand for French-language education, and we’re already seeing results. It’s incredibly positive to see our mission to Europe last April paved the way for these local partnerships, which will increase opportunities for students to learn in French in Vancouver and the entire province.”

There are now 11 joint initiatives between France and BC, which : • Encourage students, school based and district staff to share and exchange educational information; • Encourage visits between principals, teachers, and students between the two countries; • Support professional development conversation for teachers, and language training program for students;

Current joint initiatives between France and BC on France Canada Culture.

Educational partnerships between France and Canada on France Canada Culture.