January 22nd 2013 : Celebration of the 50th anniversary of the Treaty of Elysée 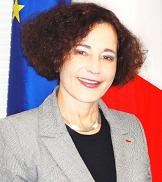 "On 22 January 1963, General de Gaulle and Chancellor Konrad Adenauer committed to embark on the road of reconciliation between France and Germany to steer towards mutual understanding and closer cooperation.

The Consul General of France, Ms Evelyne Decorps, and the Consul General of the Federal Republic of Germany in Vancouver, M. Hermann Sitz, are pleased to announce the incoming celebrations that will take place on January 22nd in their countries and worldwide on the occasion of the 50th Anniversary of the Treaty of Elysée. In Vancouver, an international symposium will take place on the UBC campus next April 9.

In the past 50years, our relations have grown exponentially in all fields : politics, security, economy, youth exchanges, cultural and intellectual exchanges. Chancellor Merkel and President Hollande meets today, January 22nd, along with members of Parliament and ministers of both countries, to mark this Anniversary and to celebrate the Franco-German friendship and set new objectives for the next decade.

France and Germany are key founding members of the European Union. In the past few months, we have been working together, along with the other European countries, to push forward decisive actions to overcome the Eurozone crisis.

On this special occasion, we would like to highlight the strength and depth of the relations between France and Germany. A historic picture often comes to mind in this regard : French President François Mitterrand and German Chancellor Helmut Kohl, hand in hand, on the 22nd of September, 1984 in Douaumont, near Verdun, 70 years after the beginning of the First World War. The incoming 100th anniversary of the beginning of the first global conflict in 2014 makes this photography all the more vivid and relevant to our present times.

In British Columbia, both Consulates have joined their efforts with those of the Institute of European Studies of the University of British Columbia to present a special event in order to commemorate and discuss this particular French-German relation, and its significance for today Europe. An international symposium involving outstanding German, French and Canadian speakers will thus take place on the UBC campus next April 9.

This event will be free and open to the general public and the press.

Official website of the Treaty of Elysée’s 50th anniversary : http://50ans.france-allemagne.fr

www.consulfrance-vancouver.org - Subscribe to our newsletter France in Western Canada