On the occasion of the IPAC’18, International Particle Accelerator Conference 2018, Consul General Philippe Sutter highlighted France’s innovation drive in Physics and reminded the numerous franco-canadian cooperations in that field. He invited all actors involved to strengthen the ties between our two countries, including by taking advantage of the several programs in place such as the Franco-Canadian Research Fund and the Research Mobility one.

At a reception co-hosted with Canadian lab TRIUMF, along with the Attaché for Science and University cooperations, Consul General welcomed several participants visiting from France such as members of the CNRS, CEA, CERN institutes as well as company representatives.

TRIUMF director Jonathan Bagger aknowledged the expertise brought in by France, as the lab celebrates its 50th anniversary. The national lab is known worldwide and welcomes each year about 800 users from 40 countries in different disciplines. 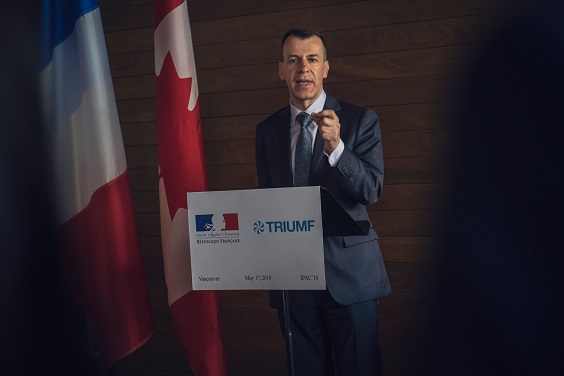