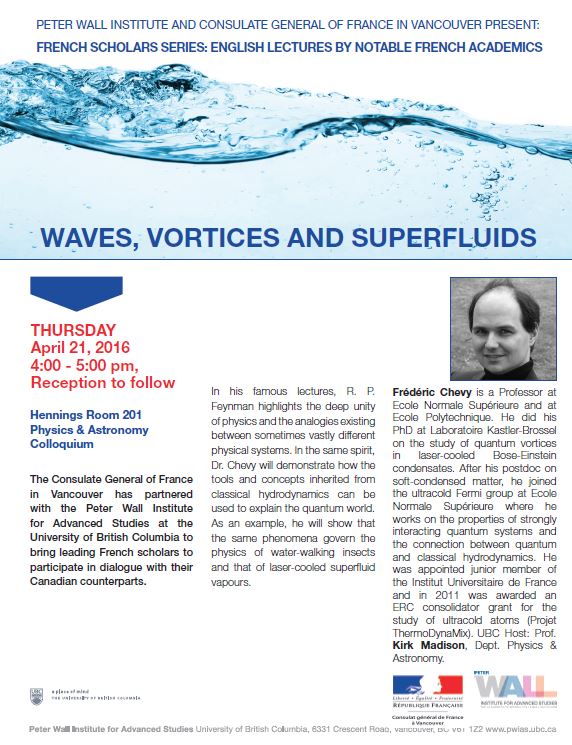 In the context of the French Scholars Series, a new conference will take place at the Peter Wall Institute for Advanced Studies about waves, vortices and superfluids.

Professor Frédéric Chevy will demonstrate how the tools and concepts inherited from classical hydrodynamics can be used to explain the quantum world. As an example, he will show that the same phenomena govern the physics of water-walking insects and that of laser-cooled superfluid vapours.

Professor Frédéric Chevy works at the Physics Department at Laboratoire Laboratoire Kastler-Brossel as well as teaching at Ecole Normale Supérieure in Paris.

In 2011 he received a grant from renown (European Research Council) for his research on ultracold atoms (Projet ThermoDynaMix).