France is proud to continue showing Human rights and LGTB rights support across the world. Consul general of France in Vancouver and Consular Corps join the Vancouver Pride Parade. 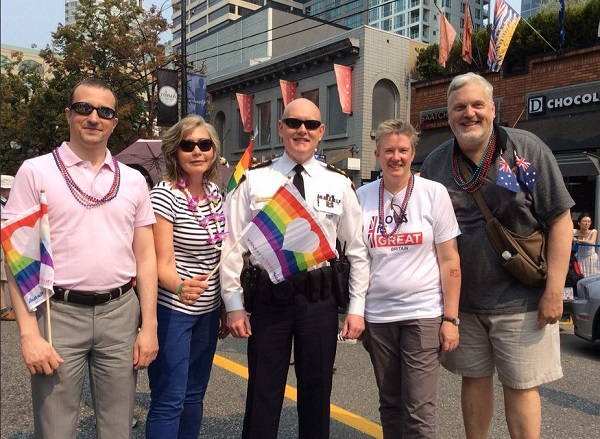 “I am proud to be marching this parade. Human rights and the fight against inequalities of treatment is one of France’s main priorities. I am also very pleased to be amongst other supporters of these values of tolerance and respect”.