Artists supported by France at the PuSh Festival

Both performances have been presented by PuSh International Performing Arts Festival and The Dance Centre and supported by the Consulate General of France in Vancouver and Institut français. 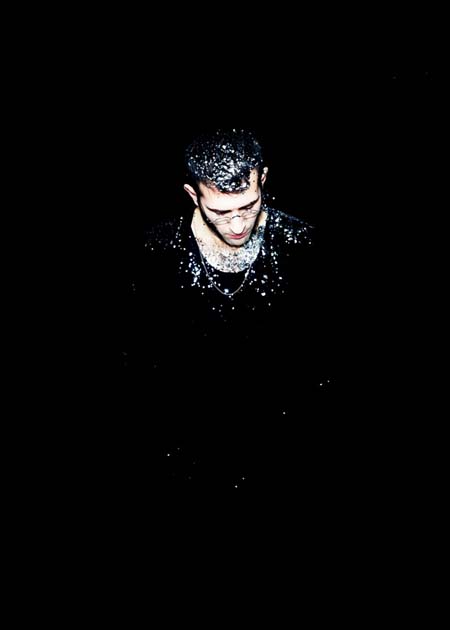 In the 1970s, people had bizarre notions of what the future would be: spaceships, tight suits with shoulder pads. Gérald Kurdian mines this divide between the imagined future and actuality to reimagine the television series Space 1999 into a sci-fi musical. Performed alone with a laptop and some old- fashioned musical instruments, the result is charming, lo-fi and delightfully entertaining.

1999 is presented as part of a double-bill with A Hole in the Coffin by Nick Jaina of Portland, USA. 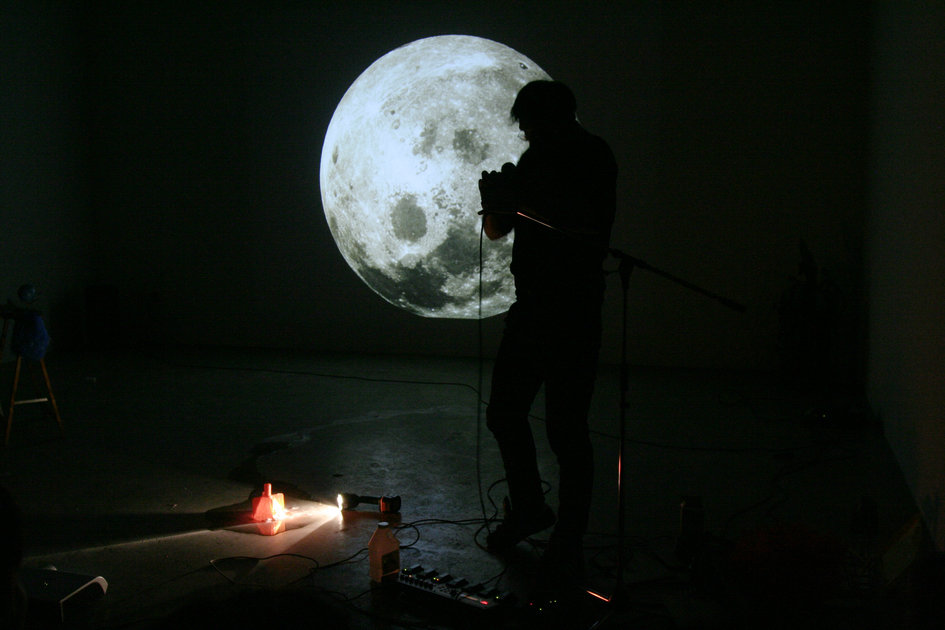 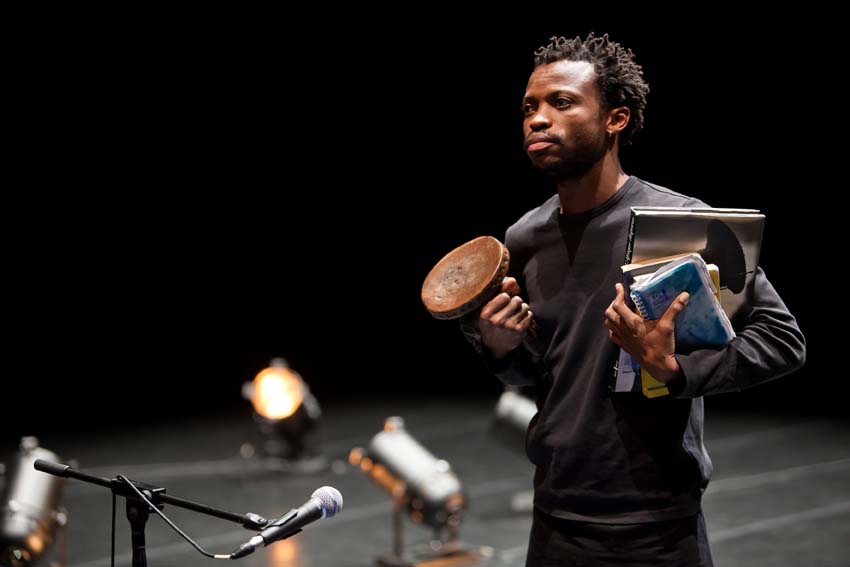 Faustin Linyekula is a great dancer and a genuine storyteller. Here, in his first solo performance of his long career, he uses these skills to bring us closer to a distant reality: his homeland of the Congo.

It’s a nation that has had many names and been through many tragedies. What survives—if tenuously—is the people’s culture, and it’s this that comes through in the performance, expressed with soft speech and wild movement. Twisting, coiling and thrusting his body, Linyekula dances in a way that seems at once culturally specific and universal. The movement is fluid, sinuous, utterly transfixing. Alternating with this are reflections on memory, heritage and history—words replying to dance and vice versa. Linyekula creates a dialogue with himself, and it’s our privilege to share it. His work is a marriage of spirit and body—moving, thought-provoking and spellbinding. 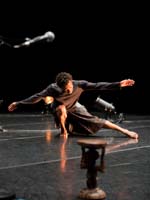 Residing in Kisangani, in the north-east of the Democratic Republic of the Congo, Faustin Linyekula heads Studios Kabako, a training and production space dedicated to nurturing young artists in the field of dance, theatre, music and film. As a performer, he focuses on issues of memory and cultural legacy, exploring the effects of war, poverty and oppression on himself and his people. With Studios Kabako he has presented works in Africa, Europe and North America, appearing in many prestigious venues and festivals, including the Avignon Festival, Dance Umbrella in London and Comédie Française in Paris. After Vancouver, Le Cargo travels to the National Arts Centre in Ottawa.

Faustin Linyekula reminds us that moving performance doesn’t need pixels and live feeds—it can exist on the raw strength of the performer alone. — Portland Monthly