On June 23rd, France’s General Patrick de Rousiers was the Guest of Honour at a memorable First World War centenary commemoration in Calgary. 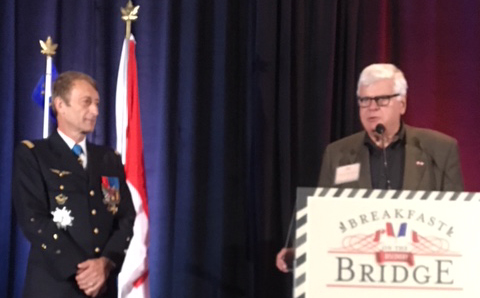 The event was initiated by several sponsors with the aim of raising funds to support the « Calgary military family resource centre ».

In front of more than 200 guests, including Lieutenant Governor of Alberta, the Honourable Lois Mitchell, General Patrick de Rousiers gave a vibrant hommage to Canadian operations between 1914 and 1918. He talked about the commitment made by France and Canada in handling world conflicts. He also emphasized the current issues at stake and the efforts done by the European Union, NATO and United Nations peacekeeping operations. Throughout his long international experience, General de Rousiers always appreciated the proficiency and comradeship (la camaraderie) of his Canadian colleagues. France will never forget Canadian soldiers’ contribution.

General de Rousiers was accompanied by Colonel Bertrand Cadour, Defence Attaché at the Embassy of France in Ottawa, Philippe Sutter, Consul General of France in Western Canada, and Roy Klassen, Honorary Consul of France in Calgary. 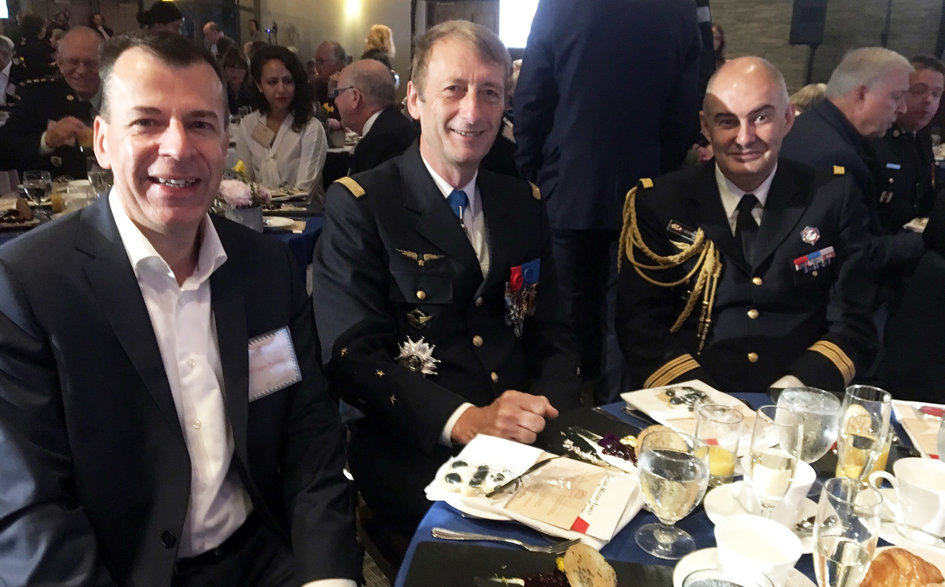 Thank you again to George Brookman and Brett Wilson, co-presidents of this « Breakfast on the bridge », as well as to all the volunteers without who this event, strengthening further the franco-canadian friendship, would not have been possible to organize.