This year’s CNRS Gold Medal, France’s most prestigious scientific distinction, has been awarded to Gérard Berry, holder of the first chair in computer science at the Collège de France since 2012. From the formal processing of programming languages to the computer-assisted design of integrated circuits and parallel real-time programming, Berry’s achievements have led to major advances in information technology, finding myriad applications in the daily lives of computer users the world over.

Born on December 25, 1948, Gérard Berry studied at the École Polytechnique and worked as an engineer in the Corps des Mines before becoming a researcher at MINES ParisTech and INRIA, a position he held from 1970 to 2000. After serving as scientific director at Esterel Technologies from 2001 to 2009, he joined INRIA again as director of research between 2009 and 2012. Since then, he has held the first permanent chair in computer science (“Algorithms, machines and languages”) created by the Collège de France, where he has also held two one-year chairs: “How and why the world becomes digital” (2007-2008) and “Thinking about, modeling and mastering computation” (2009-2010).

Gérard Berry is a pioneer of computer science

Since 1980, his main focus, in collaboration with researchers at INRIA, CNRS and the École des Mines, has been the development of a language, Esterel, which makes it possible to express the temporal synchronization of tasks and prove that they are properly executed. 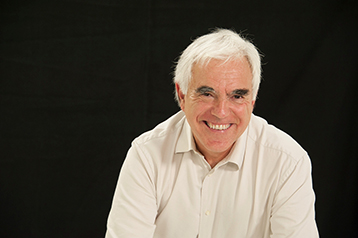 The purpose of this “synchronous programming” is to enable the development of programs that offer a guaranteed response time, a predetermined behavior as well as clearly defined resource needs. Unlike more conventional sequential programs, this type of synchronous program is in constant interaction with the environment, and is especially useful for embedded systems. Various versions of the Esterel language have found industrial applications with companies like Dassault Aviation, Bertin, ILOG, ST Microelectronics and Texas Instruments.

Berry’s most recent work has focused on diffuse programming, i.e. the programming of connected objects — computers, telephones, televisions, household appliances, etc. The use of such a network of devices involves many complex behaviors: the large number of interacting entities makes it impossible to predict all their potential behaviors, especially due to concurrent behaviors in response to instructions performed by different objects simultaneously. Berry is currently developing a new programming language, called HipHop, whose objective is to coordinate these behaviors based on cooperation between sequential programming models, which make it possible to process data step by step, and parallel programming models that reflect the simultaneous execution of operations by different objects, as well as the communication among those objects.

The dissemination of scientific culture has always been of great importance to Berry. This approach is eloquently illustrated by the subject matter chosen for his inaugural lectures at the Collège de France: in 2008, his first presentation for his computer science course, entitled “How and why the world becomes digital,” analyzed why digitization and the boom in computer use have changed the world.

In recognition of the many industrial applications of his research, Gérard Berry has been awarded the Prix Monpetit by the French Académie des Sciences (1990), the Prix Science et Défense (1999) and the Fondation EADS Grand Prix for scientific applications in industry (2005). He is also a recipient of the CNRS Bronze Medal (1979) and a Chevalier in the Ordre des Palmes Académiques (1994), the Ordre du Mérite (2008) and the Légion d’Honneur (2012). He is a member of Academia Europaea (since 1993), the Académie des Sciences (since 2002) and the Académie des Technologies (since 2005).

What is the CNRS Gold Medal?

The CNRS Gold Medal is France’s highest scientific distinction. Since its creation in 1954, it has been awarded each year in recognition of the lifetime work of a scientist who has made an exceptional contribution to the vitality and influence of French research.